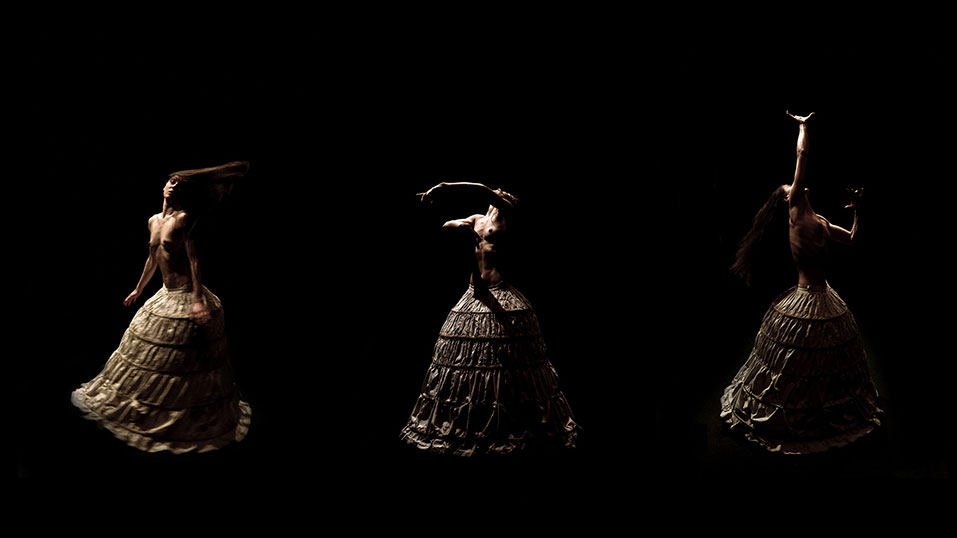 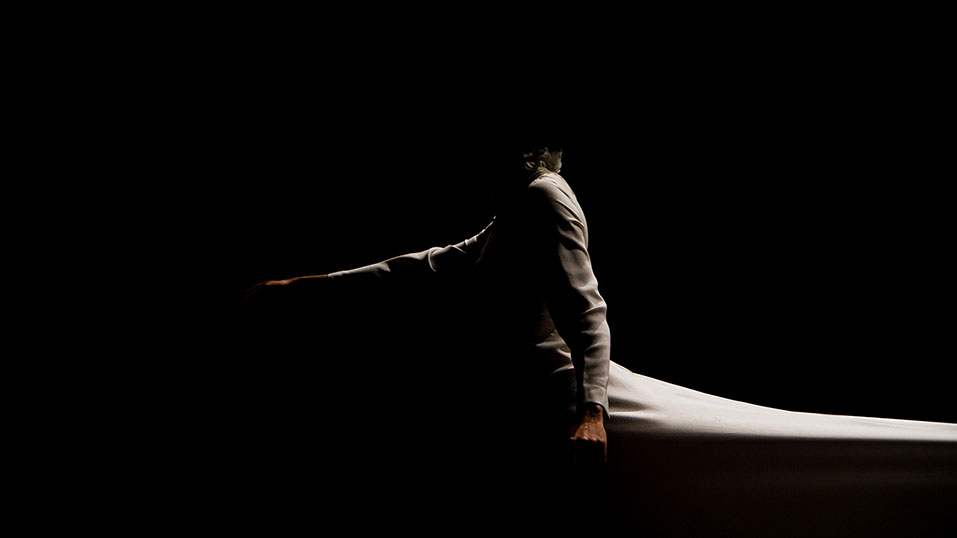 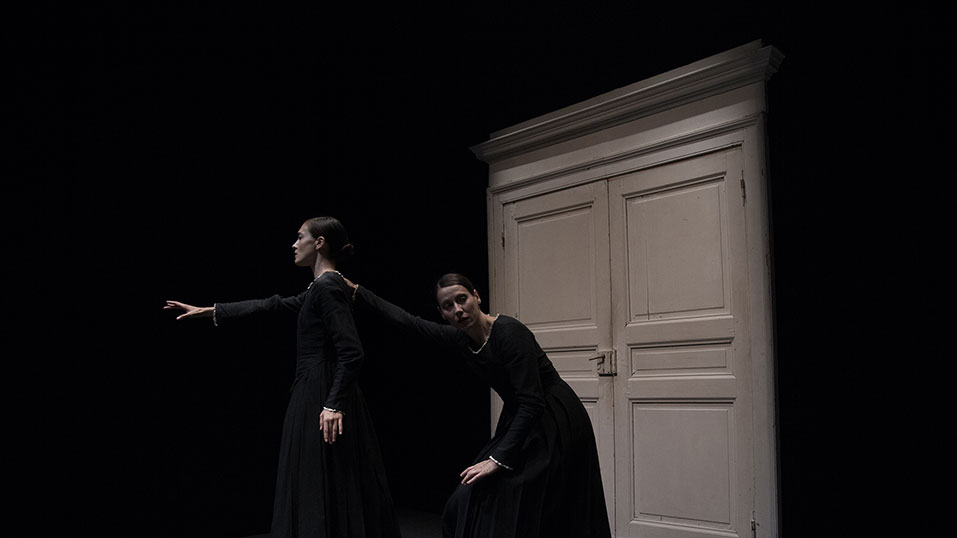 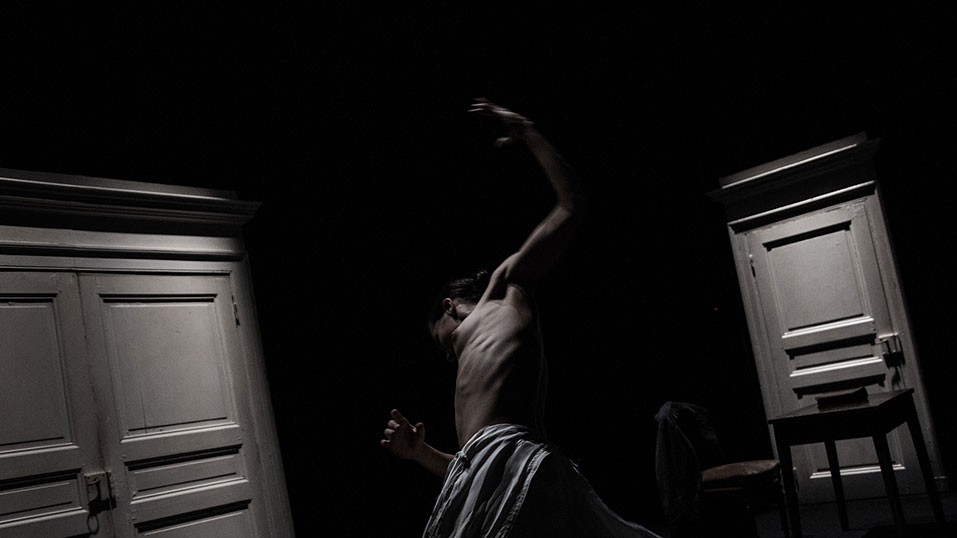 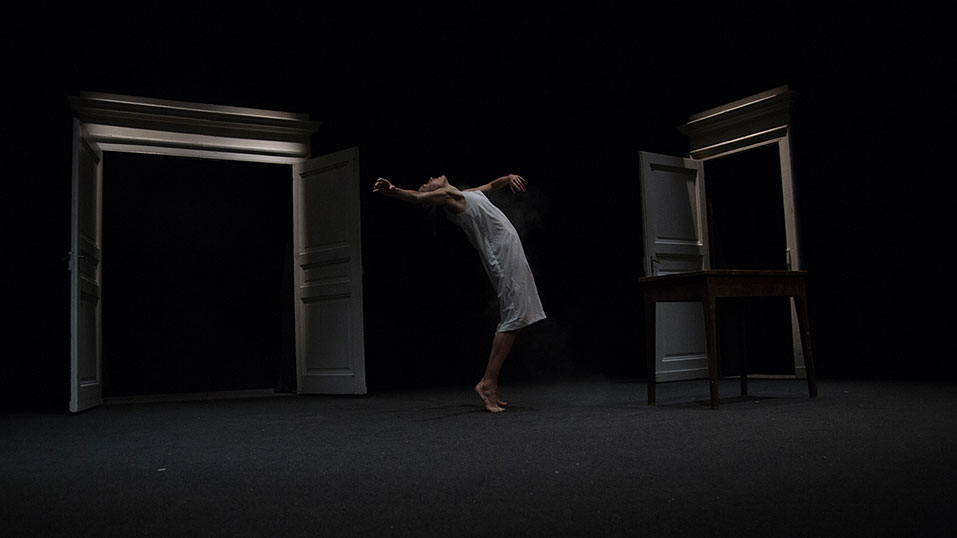 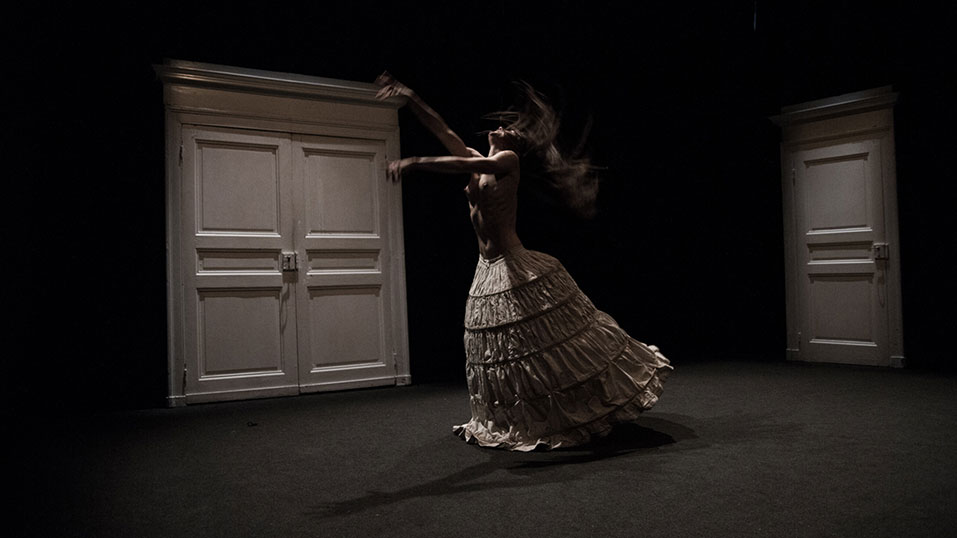 A U R AE concludes a trilogy of silence and memory. The performance is inspired by Marcel Proust’s work “In Search of Lost Time”, a placid and solemn river of words, but most importantly, a pictorial masterpiece, perfect symphony of sounds and noises.

In Proust everything is transfigured, agitated, fluctuating, ambling on with a sleepwalking quality in a world which is the real world, but propelled as if by a gust which belongs to the other sphere.

So it is that the dream takes place in a dimension which is not reality, but which feeds off reality, stealing its images. In its quiet carrying on the Search falls apart, the naturalism breaks, everything evaporates, making objects and landscapes hazy. The soul itself is coated in a bodily outer shell.

There is no story nor any characters, only figures and a location, the room of memory, repeatedly described by Proust as a sort of second apartment, that of sleep. As in a marionette theater “oh so restful for those who have taken disgust to the spoken word. An almost edenic land where sound has yet to be created”.

Author of figures and space Vilhelm Hammershøi, Danish painter of silence, capable of permeating the scene with time. In his interiors, from which the performance draws inspiration, time flows like a luminous fact, everything is at the same time immobile and vibrant: tables and chairs seem ready to spin in pirouettes, objects about to fly away, the numerous doors always about to open, revealing unspoken presences and rooms of involuntary memory. In the inner Camera Obscura springs a special light: the body of the actor which is not seen, but lets us see. Here then a small gesture falls back on us and echoes, awakening a forgotten fact, which seemed to us insignificant and unworthy of attention. The living life against the lived life. In such a way that what is seen in the proscenium arch is nothing other than a painted backdrop, that is to say life.

And if this backdrop were to fall one day, “it will fall in the magical universe, the fall of its heavy stones not obfuscating the chastity of silence with a single sound”. 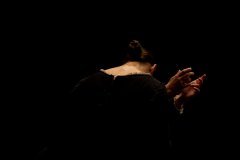 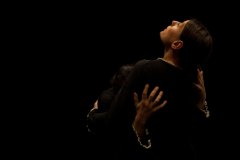 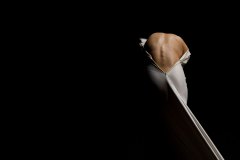 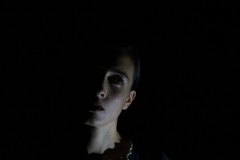 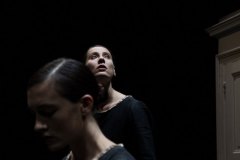 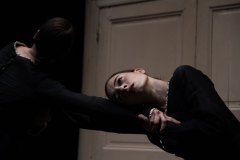 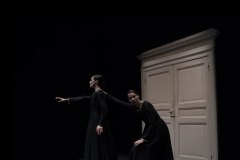 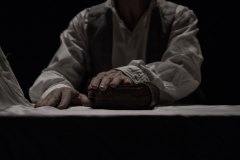 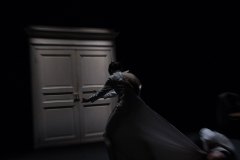 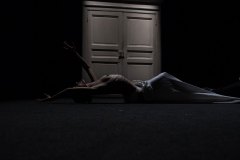 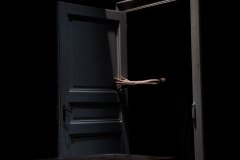 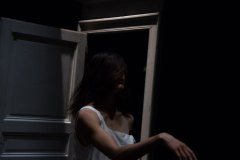 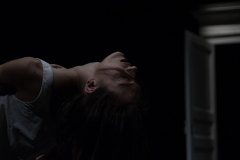 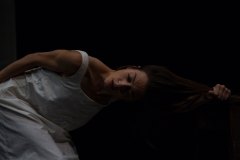 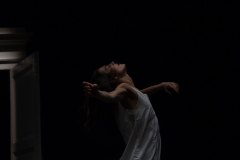 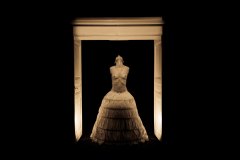 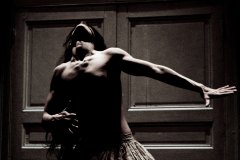 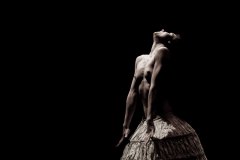 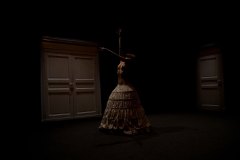 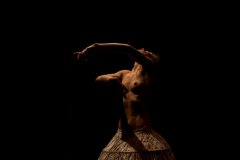 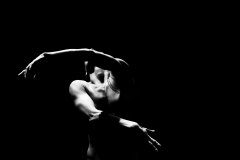 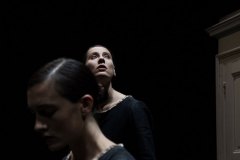 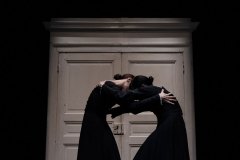 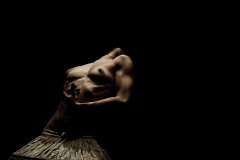